Thinking about getting into fishing but not sure where to start? We've gathered all the basic information in one place to help you navigate the wide world of fishing gear.

In part 2 of our FISHING GEAR 101 series we take the mystery out of finding the right reel.

Basic Reel Components: These are parts found on all styles of reels, from basic spincasting to the advanced trolling reels. 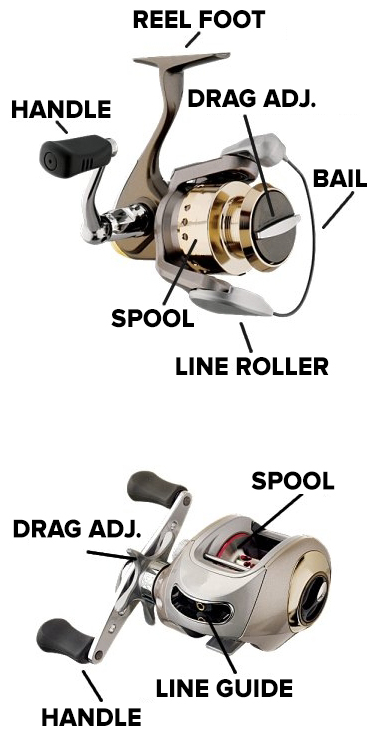 Advanced Reel Components: As you move from basic to more advanced reels, additional components come into play, especially in applications where you are fishing for large/deep water fish.